This isn’t that caricature of Michelle Obama, which was banned; and which was then removed from different sites, and for which Google had its ears pulled. 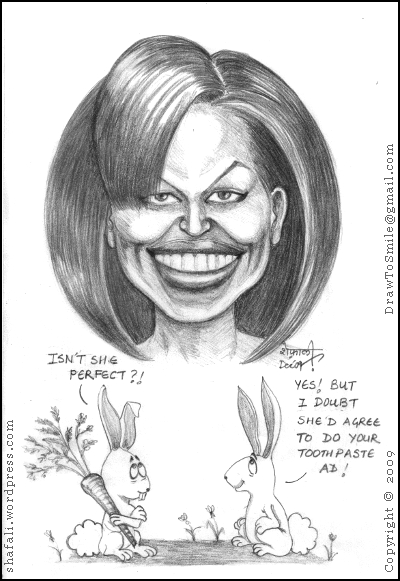 I believe in caricatures being a vehicle for spreading happiness – and it includes the person whose caricature I create. I would feel happy if the subjects of the caricatures looked at my drawings and smiled. Though caricature-creation is primarily an art-form that attempts to create humor at the expense of others, I feel that it shouldn’t hurt the sentiments of that very person whose celebrity status brought the caricature into existence. I know it isn’t easy, especially if you are a caricaturist:( But to try is human, and to fail too!