The hat is an odd accessory. For men, it’s utilitarian. It protects them from the sun – and that’s all that it means to them. For a woman, a hat is a lot more than a sun-screen – it is a fashion-accessory, an art-piece, a status-symbol, and for all these reasons a woman’s hat expands to an incredible size and becomes a weight that must be carried around carefully and sometimes unwillingly.

When I look at women in hats, I think of their heads and what must go within. I begin to wonder if the pictures in these women’s minds were to replace their hats, what kind of image would I see.

Here’s one of those images. 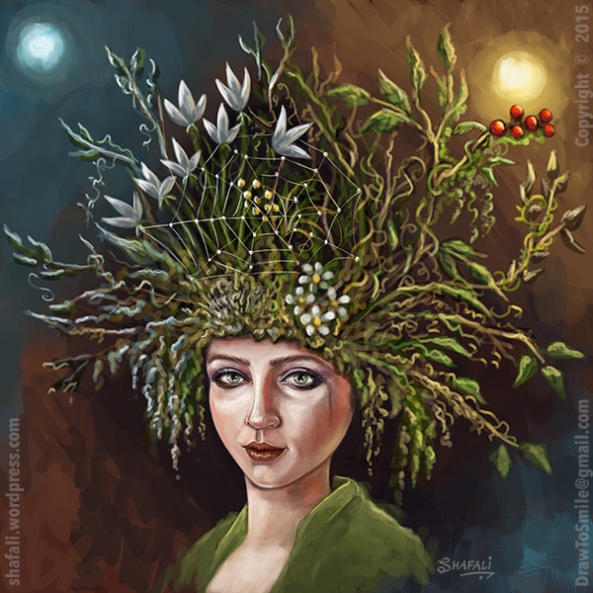 Figuring out the hat isn’t easy, unless you are a woman, or a man who understands women. The clues are in the colors and the imagery of the hat – and I’ve tried to hide them as best as I could – just as a woman hides her woes behind her smile. I know that tomes can be written about the burden that women carry but if a picture is worth a thousand words, every woman should find her story – in this hat or in those that I am yet to paint…because the hats aren’t allowing my imagination any rest – they creep into my dreams and they wake me up at will.

You’ve got a similar hat…but you’d rather not talk about it – would you?