In the preface of “The Picture of Dorian Gray,” Oscar Wilde says,

No artist is ever morbid. The artist can express everything.

I’ve been drawing for decades. My earliest memories of drawing are from Kashmir. I was five. We lived in Ramban on the bank of river Chenab. In mornings, my mother would give me a bath, comb my hair, hand me a slate and sit me out in the porch so that I could get some sun. I could see the violently white waters of Chenab beating against the rocks that glistened as they reflected the morning light behind the green front yard that stretched between me and the river. I’m sure if the house was any closer to Chenab than it was, my mother wouldn’t leave me on the porch alone.

I would sit on the steps, wait for my Mom to bring me my breakfast (a fried egg and a glass of milk,) and draw. I wasn’t supposed to draw though. I was supposed to “write,” but I drew everything. The alphabet, the numbers, the steps, the flower, even the egg. (My mom used to tell me that when she asked me what it was, I told her that it was an “O” inside another “O.”)

So that’s where my artistic journey began – in a land that’s today torn by politics, terrorism, and separatism. The land that in my hazy memories is still the most beautiful place that I’ve ever lived in.

But I began this post with an Oscar Wilde quote, and I shouldn’t stray too far from what I intended saying.

I’ve been painting. Not caricatures, nor portraits – but I’ve been painting my consciousness. I don’t classify my art, mostly because I can’t. How do you classify a vision, a half-dream, a sub-conscious feeling so strong that it takes me by my spine and shakes me up…?

I don’t know if an artist can express everything – but as an artist, I attempt to capture those fleeting moments that scream with emotions. The violence of these moments, like the violence of Chenab, froths white and blue and red – and to express it, I need not just lines but colors – and so I sketch fast…the madness of those first sketches is so complete that the painting competes with the sketches to express it all… if it does it at all.

The galleries have long waitlists and it would be at least an year before my paintings are exhibited – until them, I remain their captive creator… until then, I also remain your absentee blogger, whose mind and heart never see eye to eye – but then whose does?

I last posted about the Song of Ice and Water series by GRR Martin. I can now declare that I am two books into the series already. With the way life’s been this past month, Martin gets the credit for this feat of mine. He weaves such a complex web of tales studded with such intriguing characters, that once caught in it, you can’t leave, until you’ve traversed along every shiny sliver that holds his web of ice and water together.

So I read some.

Then I painted a magazine cover with the portraits of three gentlemen, and now I am painting another cover with a whole mad group of toony looking people on it. I got some inquiries that made me scratch my head rather furiously and lose some hair. I’m also looking forward to painting a couple of beautiful covers for SFF author Barbara G. Tarn, who is also a long time friend.

So I drew some.

I spent some time writing some short stories around the concepts that inspired my hat paintings. I should’ve been writing a new story for the new quarter of the Writers of the Future contest, but for some inexplicable reason, I was more drawn to explore the human mind and its machinations – and so ended up writing these stories, which are more in the realm of psychological fiction.

So I wrote some.

But I couldn’t blog. There are times when you want to find a quiet corner and create. I guess that the last whole month was that time for me 🙂 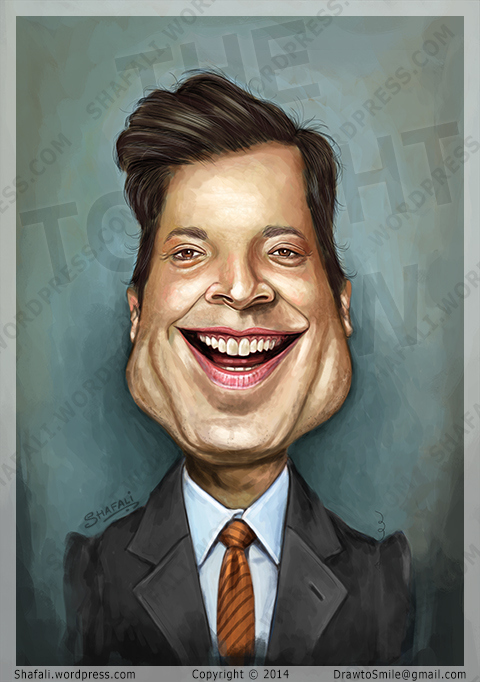 It’s time to unleash your creativity 🙂

Let us kickstart the Creativity Carnival with this cue-art.  This is a Pen and Ink Drawing that I finished this morning. I will not speak about the cue-art and what brought it about, because I don’t want to taint your interpretation of it with my thoughts 🙂

The Rules are super-simple 🙂

I will look forward to visiting your blogs 🙂

Women wear different hats for different occasions and at different ages. The hats also change form on the basis of what society expects from them at a particular forum.

The hats that I paint are the ones that women wear inside, those that are made of the thoughts that crowd a woman’s mind – some of these thoughts are fearsome, others delightful; some are crazy enough to border on the loony, others are balanced and rational; a few of these thoughts must arise to meet the challenges that life throws upon the thinker, and many that are woven with the threads of the wearer’s dreams.

I leave the interpretation to my visitors as our past experiences could help each one of us interpret this hat differently.

Does this hat belong to you? or to someone you think you know well? If it does…you are right, because women don different hats at different stages and phases of their lives, and many of us have worn this hat too – not very willingly though.

The hats are still torturing me. They make me paint them…they steal my hours and my days, the time that must go into more productive affairs – and yet there isn’t much that I can do, except do their bidding.

This is a deviation from the usual fare that this blog serves:)

The Beautiful Queen Padmini of Chittor and the wife of the Rajput King Ratansen, was driven to perform Jauhar (self-immolation) to save her honor from Alauddin Khilji, the creep who invaded Mewar,  in the beginning of the 13th century. The folklore says that Raghav Chetan, the musician who practiced black magic, set Khilji up to it. He sang the songs of Padmini’s beauty, and told him that if he hadn’t seen Padmini, he didn’t know what beauty was. After his repeated requests, Padmini allowed Khilji to see her only as a reflection in a mirror – but that reflection made Khilji lose his sanity – and he attacked Chittor – to win Padmini for himself…what he found upon his victory, however, were her ashes! 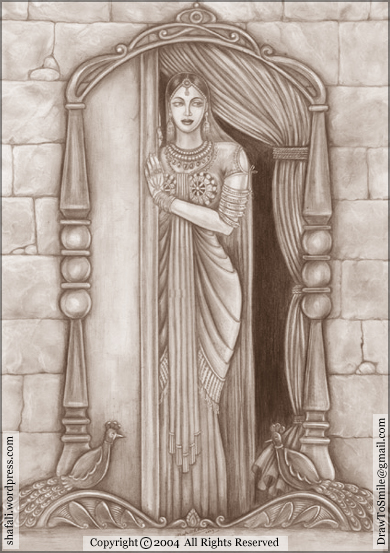 As the regular visitors would’ve observed, this post deviates from the established theme of this blog.  This deviation is temporary.  There’s no conscious reason behind this deviation. Probably the best I can do is lay the blame on some degree of nostalgia…and the fact that for me the exercise of moving the house always ends with this ride into the past.

(Note: This image falls outside the general permissions of reproducing the images that appear on this blog. )