Here’s my rendition of the event. 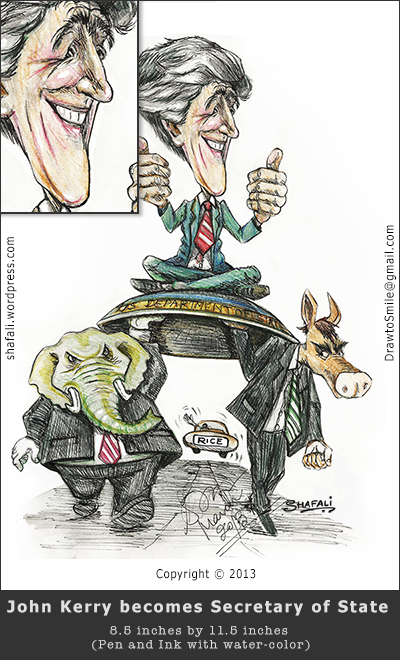 The highlights of Kerry’s early life include the awards he earned during his short-service commission with the Navy, after which he joined Vietnam Veterans Against War and campaigned against the Vietnam War. Later he worked as an Assistant District Attorney too. His political journey began when he was sworn in as a US Senator in 1984.

More recently, Kerry became the US Secretary of State when Susan Rice had to face flak for her comments on the Benghazi incident. She was “forced” to withdraw from the race (now, she’s likely to become President Barack Obama‘s National Security Advisor.)

Some Interesting Facts about John Kerry

I guess that’s all for now. I must return to drawing caricatures 🙂