A sketch in my diary that owes its existence to a photograph by ToutParMoi. Why this particular owl visited this particular writer, is something that confuses me. She’s a cat lady and I am sure the cats don’t let the mice play – so if there aren’t any mice around, what brought this owl to her house? Imminent good luck, I suppose, because sighting an owl is supposed to bring luck. 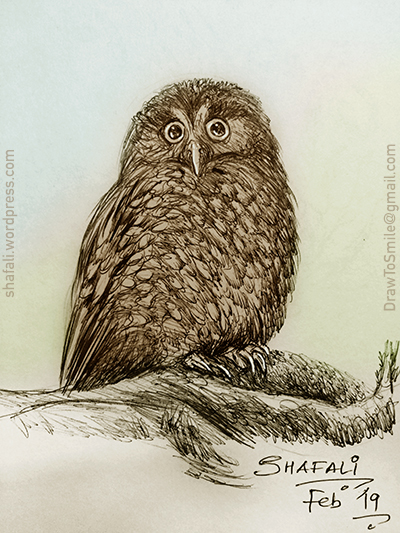 About Owls:
I love owls. I have a feeling they don’t give a damn. Look at them. Does it look like they care whether or not a caricaturist thinks that they are absolutely stunning?

Do visit the enchanting blog and medieval world of Denise Keay’s erudite cats.